In July, 2017, a record-breaking downpour occurred in northern Kyushu. Immediately after the disaster, A-PAD Japan’s emergency assistance team conducted a search for missing people and distributed emergency supplies in the affected areas in Fukuoka and Oita Prefectures. In what follows, we would like to share to the public and those who have assisted the highlights of the actions A-PAD Japan took starting from the day of the disaster. 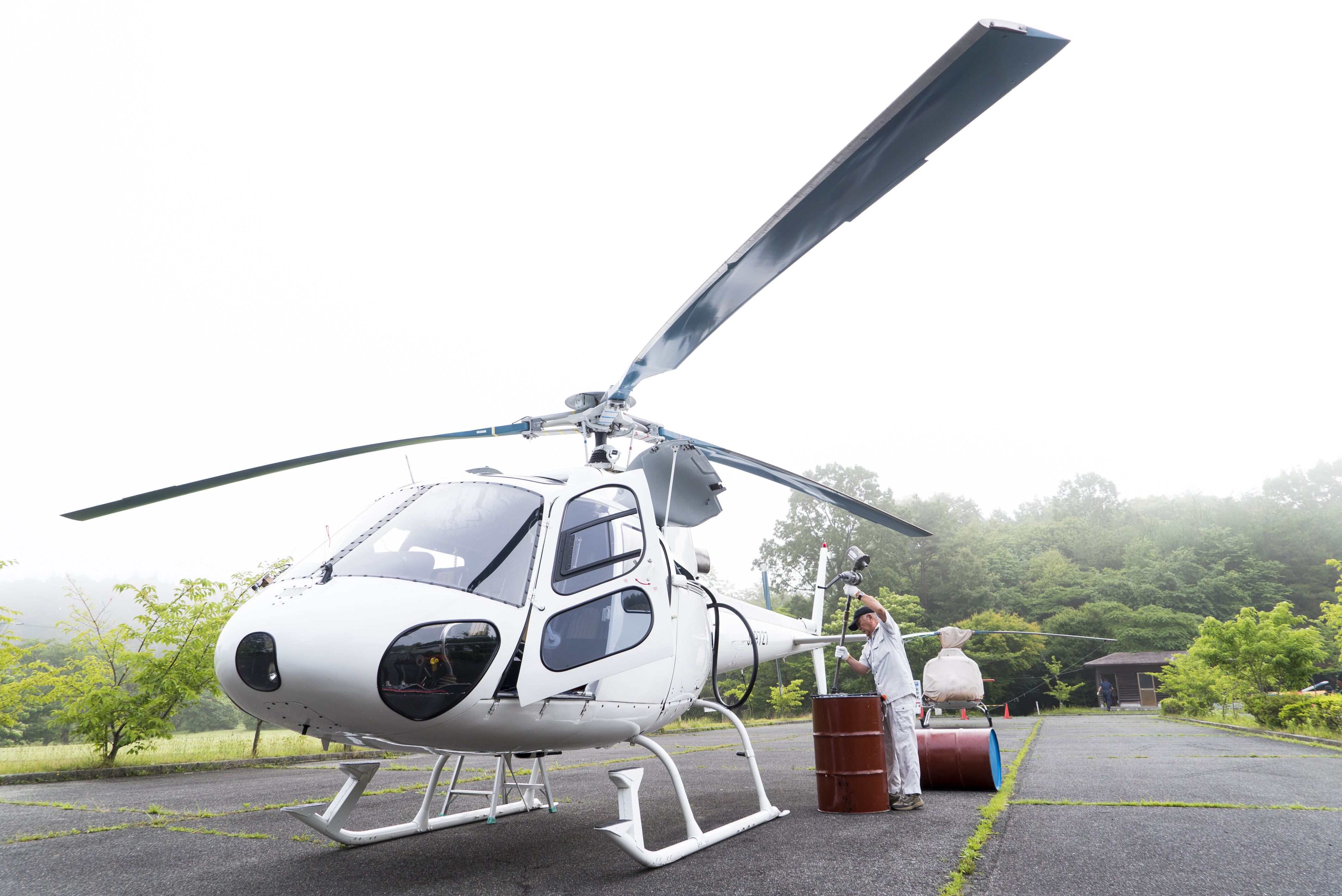 Using rescue dogs we conducted a search in places such as Asakura City, Fukuoka Prefecture, where many people were missing. We also made efforts to understand the degree of damage by getting a bird’s eye view by using a helicopter.

Procurement and Delivery of Supplies

With the cooperation of the local governments, companies, and partner NPOs, we immediately began conducting an assessment of the need of the victims to deliver supplies to those in evacuation centers such underwear, hygiene goods, water and food, and electronics.

Renting Out Vehicles and Equipment

We lent vehicles and agricultural equipment to local NPOs to share with agricultural volunteers to support restoration in Oita and Fukuoka.

Voice—There were many insights voiced from the disaster sights 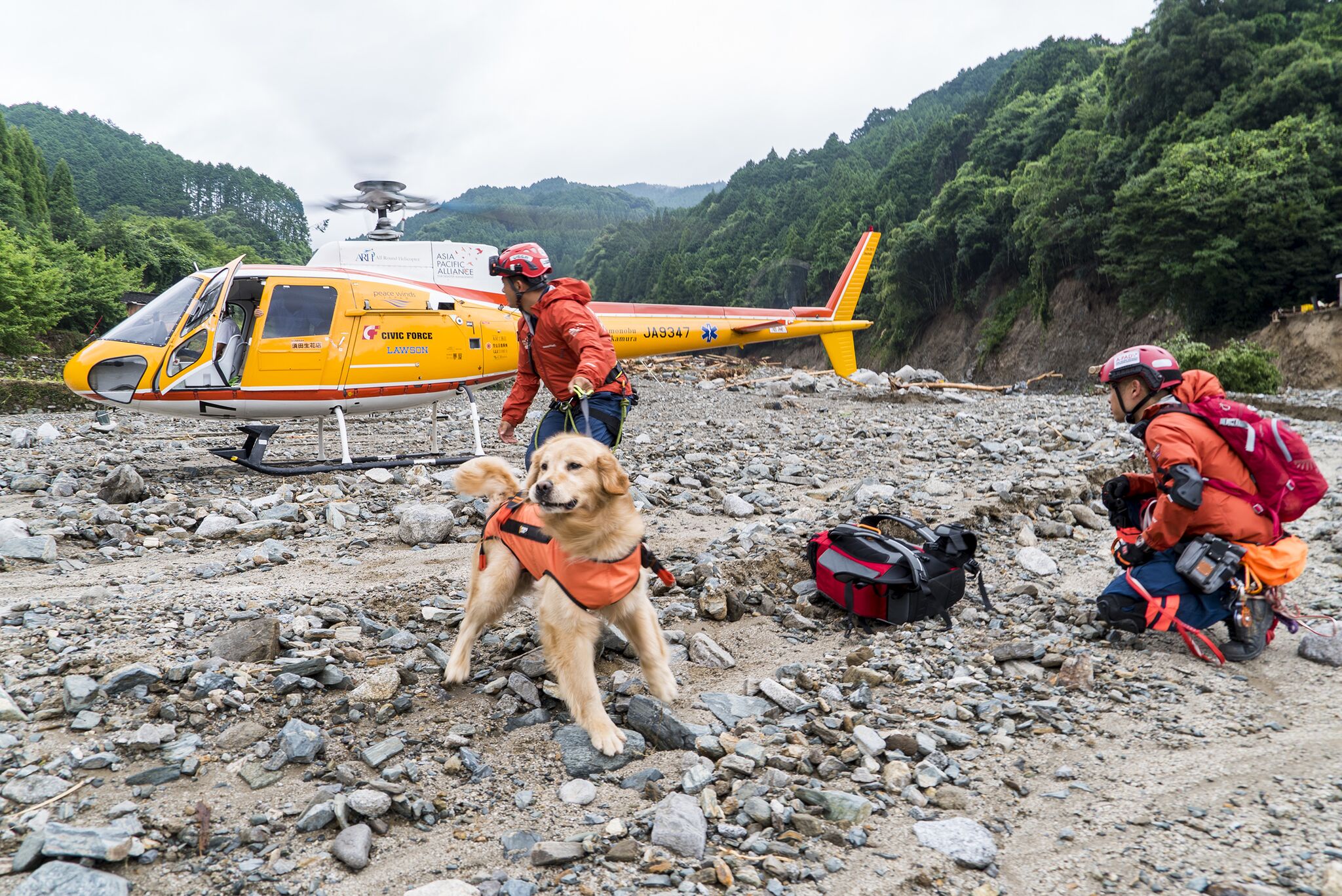 “I want to go to help right current, but…”

“My relative is buried under the landslide. We want to go right now, but we can’t do anything on our own.” – By a man who let the rescue team know about a missing person situation  @ Fukuoka / Asakura City

“I want to tell you that you are not alone”

“Because only the locals can solve the small problems.” – By a local partner NPO who lent out vehicle @ Oita / Hita City

“I can sleep well today!”

“The gym mats in the evacuation center are hard to sleep on. This is so soft; I will be sleeping well tonight!” – By children who received the mattresses @ Asakura, Fukuoka

“At the evacuation shelter, we only ate rice balls and cup noodles, so I was happy to receive fresh food!” – By A woman who received fruits @ Fukuoka / Higashimine Village

“Change clothes for the first time in 3 days, I'm thrilled!!”

“The rain brought water into my house, so I took a helicopter to reach the evacuation center. I haven’t been able to do laundry and my clothes are still damp, but now I can finally change my clothes.” – By a woman in her 80s who received a change of clothes Asakura City, Fukuoka,

“Surprised by the speed of things”

“I was surprised that the goods that we requested arrived on the following day” – By administrative staff managing supplies at the evacuation center @ Asakura, Fukuoka

Between the dates July 6th, 2017 and July 31st, 2017, 454 people had donated ¥ 8.2 Million (JPY) for A-PAD Japan’s Norther Kyushu Heavy Rain Emergency Assistance Project through the Saga Prefecture’s hometown tax payments. We greatly appreciate everyone who supported and donated to us, thank you.

The A-PAD Japan Emergency Team “The Flying Doctors,” consisting of rescue dogs, doctors and nurses from Saga University, is supported by many through Saga Prefecture’s hometown tax payments and donations. We ask for your continued donations as it will help in the event of a disaster.