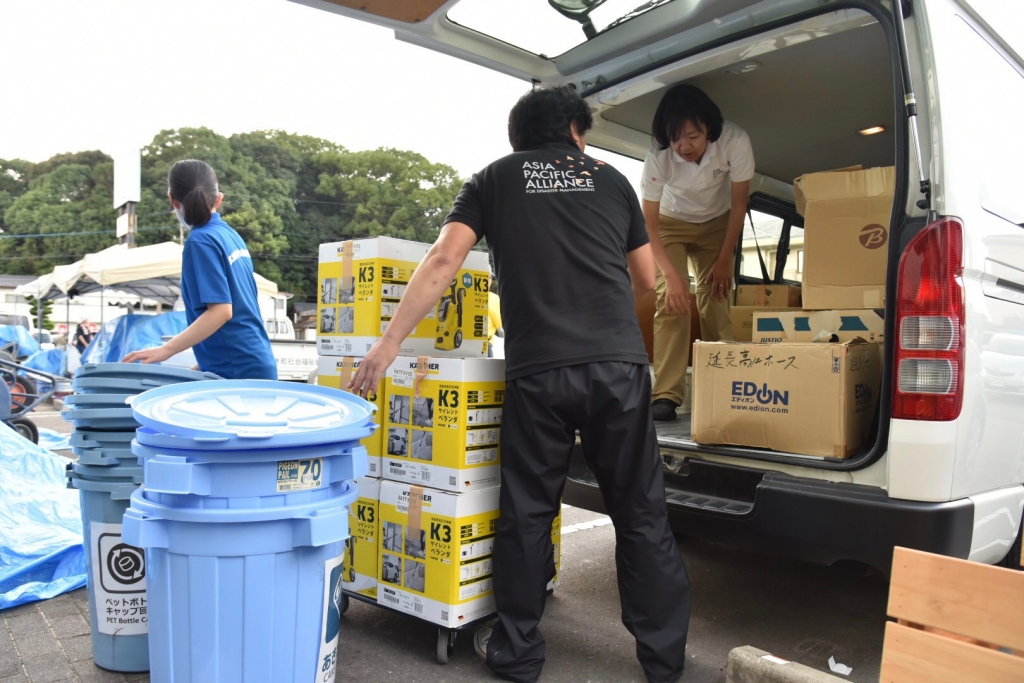 On August 28th, A-PAD Japan made a decision to conduct an emergency operation and on the same day, entered the disaster site providing supplies and levels of support at the evacuations sites.

By October 31, with the great help of donation through the payment of hometown tax and cooperation from the Saga disaster response alliance "SEMA" and the Saga Disaster Assistance Platform (SPF), A-PAD was able to provide underwear, mattresses, blue sheets, work gloves, masks, beverages and fruits, as well as lend vehicles and equipment for disasters, such as pressure washers, power generators, electric fans, and lanterns to Omachi town and Takeo and Ogi City.

In addition, although a new concept, we provided free taxi ticket as an attempt to support the people whose cars were destroyed by the flood.