This article is a summary of the special speech presented by the executive director of
A-PAD Japan, Ms. Kaori Neki on February 16, 2019 at Saga University Medical School 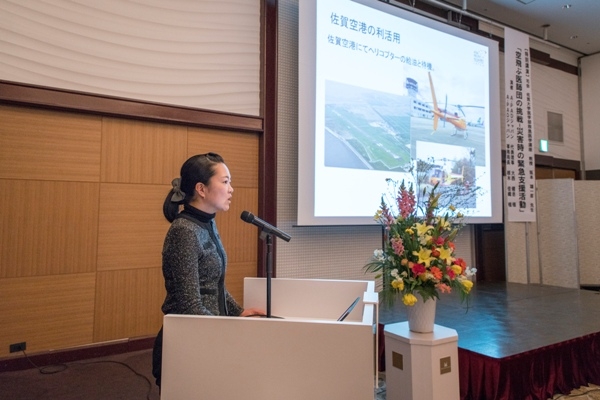 August 5, 2018, an earthquake of magnitude 7.0 struck Lombok Island, Indonesia. Dr.
Sakamoto and Dr. Ohta (from Saga University Hospital) joined our team in the field for
3 days. I was in Malaysia on the 5 th and headed to the field the very next day. On the
7 th , I joined Dr. Sakamoto and Dr. Ohta. On the 8 th , there was an aftershock of
magnitude 6.5, and aftershocks of magnitude 6 or more continued for about a week. 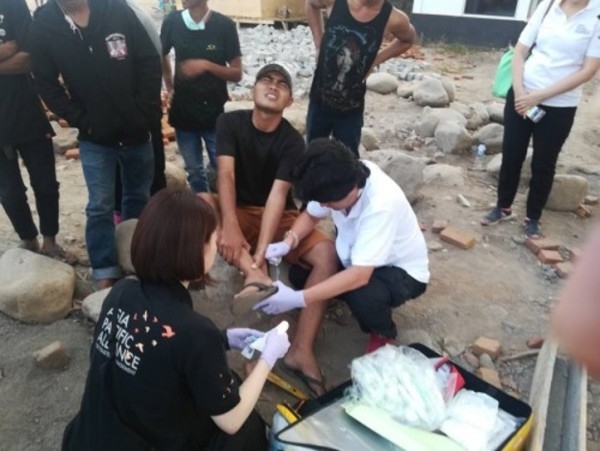 This is a picture in Lombok. As soon as Dr. Sakamoto and Dr. Ohta arrived at the site,
many people gathered around them and asked for medical treatment. It was probably
because the doctors were wearing a medical armband. After this, the doctors went
around to evacuation centers.
We worked with a local partner organization and A-PAD Indonesia’s medical volunteer
team. A partner medical team from Taiwan also joined and worked together in the field. 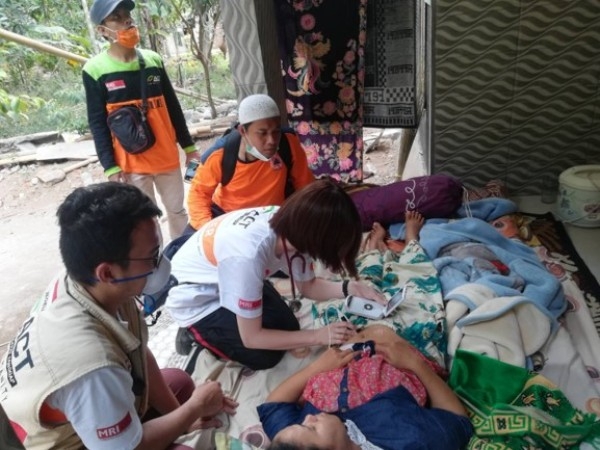 The following month, on September 6, a magnitude 6.7 earthquake struck Hokkaido. I think it was 3:30 in the morning. After dawn, we left Saga Airport with our airplane and flew to Hiroshima where our partner organization was waiting. We then flew to Hokkaido to reach the disaster site. 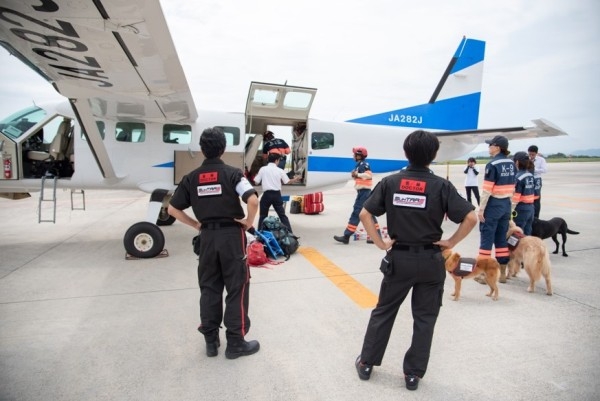 Dr. Miike and Dr. Nakayama (from Saga University Hospital) joined the rescue team and headed to disaster sites hit by landslides. This was the so-called “ground-zero” and as you can see, our team was at the center of the disaster. 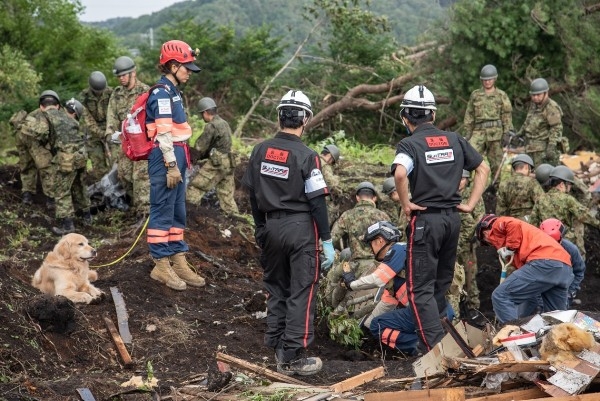 In the same month, a large-scale typhoon was approaching the Philippines. As of September 13, we received information that massive destruction was expected and we sent our team to the Philippines on September 14. A-PAD Philippines coordinated our arrival. The typhoon made landfall in northern Luzon Island but was manageable by the domestic rescue and medical teams. We decided to withdraw our team from the Philippines and left for home on the 19th. 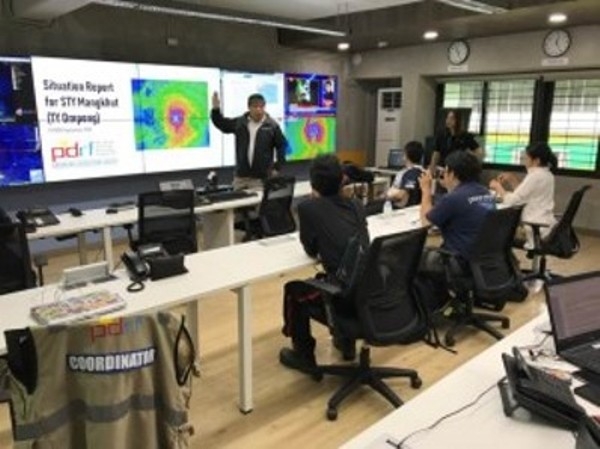 Other activities and what we are doing to be better

In addition to the activities I introduced just now, Dr. Sakamoto, Dr. Narumi, and Dr. Tashiro from Saga University Hospital came to the mobile clinic we set up during the West Japan Floods Assistance in July 2018 to provide medical care.

Since we started our Airborne Rescue and Medical Team Project, we received tremendous amount of support from Saga University. In the future, we look forward to working with you in both domestic and international disaster assistance activities. Our team will strive to build our capacities in effective logistics and mobilization of air transportation. We will also do so by conducting trainings and study groups.

2001 – Joined Peace Winds Japan and stationed in Afghanistan, Iraq, and etc. Seconded to an UN agency or private sector to gain experiences.

2012 – Contributed to the establishment of A-PAD

A-PAD Japan, a platform to facilitate cooperation among NGOs, the business sector, and governments when disasters occur, was established in November 2015. Our Airborne Rescue and Medical Team consists of a search-and rescue-team, rescue dogs, medical professionals and pilots, and we work as a joint unit to save lives in less time.

Be part of creating a disaster preparedness mechanism

March 1, 2019, A-PAD Japan launched a government crowdfunding campaign through the hometown tax scheme in Saga to raise money for disaster assistance conducted by the Airborne Rescue and Medical Team. Donors are eligible to receive thank you gifts made in Saga such as rice, Saga beef, and traditional arts and crafts. Through this hometown tax scheme, we would like to build a strengthened disaster preparedness mechanism with each one of you to protect against future disasters.