It has been a year since the West Japan Floods that killed more than 200 people struck Japan, the worst rain-related disaster of the past 30 years.

Many damages and losses occurred from the evening of July 6 to the next morning. Many of the victims were killed around this period and the majority of them were caught up in the disaster at home or someplace nearby.

One survey found that only 3% of residents who had received an emergency alert from the municipality evacuated from their homes. In the survey conducted in Okayama, Hiroshima, and Fukuoka Prefectures, it was found that 80% of residents did not evacuate even after they became aware of the emergency alert. An early evacuation could have saved lives.

Rain-related disasters occur every year in Japan and during the rainy season, there are concerns over typhoons and heavy rainfall. We urge you to review evacuation routes and prepare for possible disasters.

Through a partner organization, A-PAD Japan is continuing its assistance to the victims of the West Japan Floods. A trailer office is being leased free of charge to an organization called Visiting Nurse Station Soul in Kurashiki-shi, Okayama Prefecture. A-PAD also supports their business development and participation in trainings on post-disaster community development. 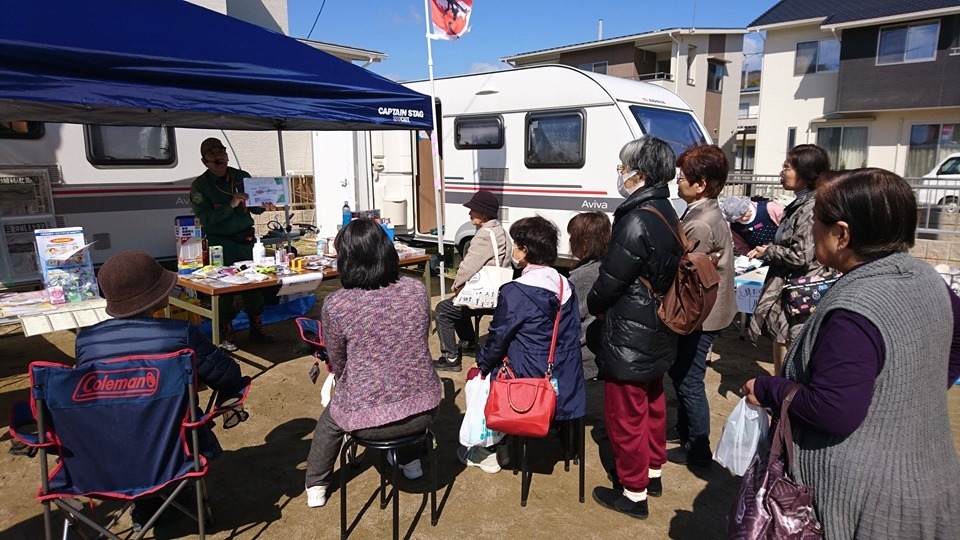 The Airborne Rescue and Medical Team managed by A-PAD Japan is preparing for disasters this summer and accepting donations through the Furusato Nozei (“Hometown Tax”).

Your support will help us dispatch rescue and medical teams and assist disaster victims.

Thank you for your support and cooperation.