Leasing a Vehicle to the Disaster Volunteer Center in Takeo

Upon request from Takeo City, A-PAD Japan delivered 20 tarps on September 13. The tarps were procured through the Social Emergency Management Alliance (SEMA) and donated by Mitsui Chemicals, Inc. The tarps will be distributed to the people affected by the disaster by the Takeo City Facility Management Unit. This was the second time that A-PAD Japan distributed tarps to the affected municipality since August 30 when 72 tarps were distributed. Those tarps will be used to restore flooded houses and farmlands. 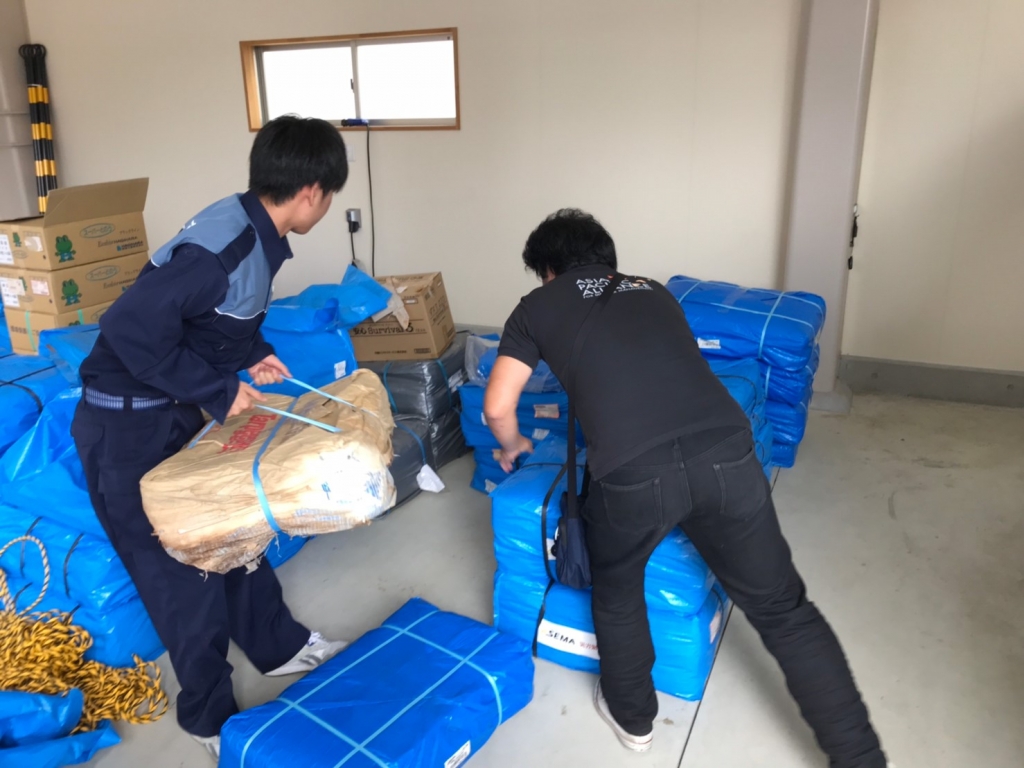 A-PAD Japan is continuing to work with the government, private sector, and NPOs to build an efficient and effective alliance for large-scale disaster response.

A-PAD Japan is accepting donations to assist the people affected by the northen Kyushu heavy rain disaster. Thank you for your generous support.