Saga Prefecture Heavy Rain - How We Can Build on Lessons Learned

On August 28, many houses became flooded due to heavy rain and the rain also caused landslides at a spoil tip in Omachi Town. The Omachi Community Center had as many as 188 evacuees from 115 households.
On October 7, all evacuees moved out and the evacuation center was closed. We met with the director of the Board of Education, Mr. Ogi and the director of the community center, Mr. Kawasaki to reflect on the 40 days managing the evacuation center and discussed challenges and the next steps. 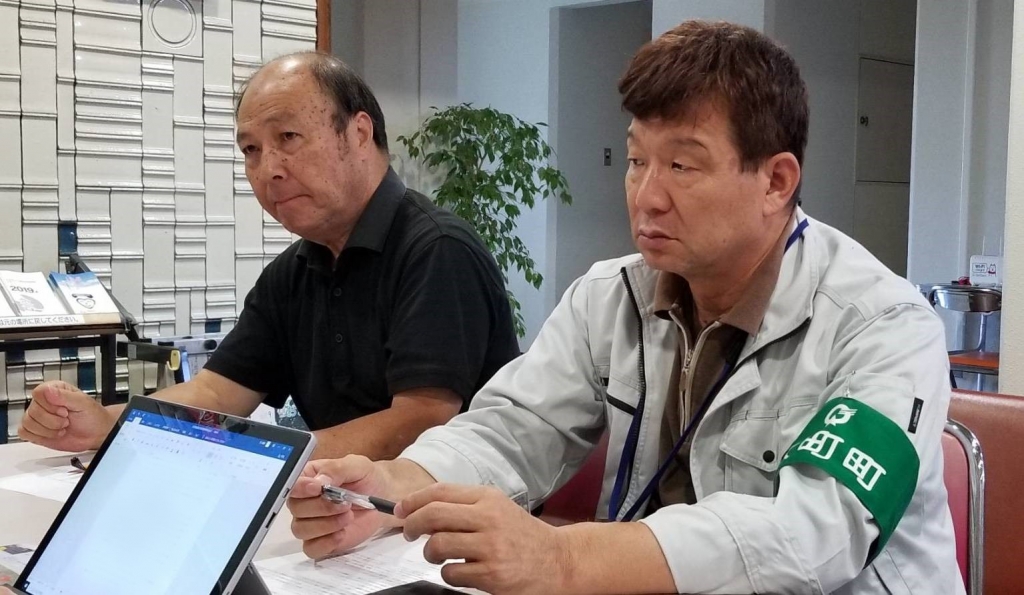 Pictured right＝Director of the Board of Education, Mr. Ogi; Pictured left＝Director of the Omachi community center, Mr. Kawasaki
"On August 28, an evacuation order was issued to the residents of Omachi through a town wide emergency announcement due to heavy rain alerts. The community center is within the jurisdiction of the Board of Education, however, the staff had to respond to the flooded areas so the evacuees at the community center were handled by the director of the community center and temporary workers.
At first, we didn't have a list of evacuees. Having people write down their names and neighborhood names on a blank sheet of paper was a difficult task. On August 30, the number of evacuees decreased. But another evacuation alert was issued after the landslides at a spoil tip and the evacuees increased. For a while since August 28, Mr. Kawasaki handled media and in-kind donations. We were lucky to have local residents supporting us in managing the evacuees and avoiding any major troubles.
In September, operating the evacuation center became manageable with support staff sent from the prefectural government and neighboring municipalities. Especially a few days after the onset of the disaster, we became short of staff at the evacuation center. It would be helpful to have people from the public and private sectors experienced in disaster response."
"After this disaster, I learned for the first time that we can get assistance from businesses or NPOs. I really appreciated that Green Co-op and A-PAD Japan regularly visited the evacuation center and asked us about our needs. To be honest, I was a little bit skeptical about receiving in-kind donations wondering whether we would be asked to pay for them. From Green Co-op, we received food items. Through A-PAD Japan, we received many items including mattresses, whiteboards, lanterns, and clothing. We don't know when the next disaster strikes. I think it's good to get to know trusting NPOs beforehand to build a working relationship." 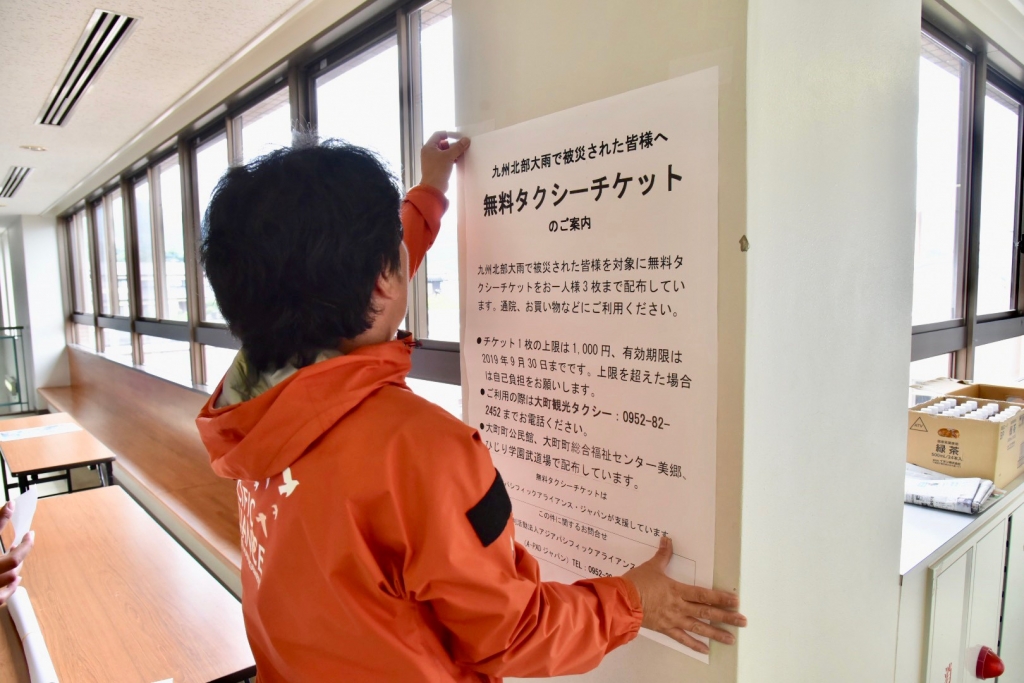 "The free taxi vouchers donated by A-PAD Japan were very helpful. Those vouchers were used by people whose cars were damaged during the disaster. The beneficiaries used the vouchers for various reasons such as going to a hospital, going back to their home from the evacuation center, and coming to the evacuation center to receive hot meals.
Through this disaster, I strongly felt the need to build a system spelling out roles of community leaders, conduct a drill exercise, and conduct a DRR meeting."

■ Donate your T-Points on Yahoo!